After 3 years of virtual events, the Toronto Fall Summit is back! On November 8 & 9, 2022, join us LIVE to learn from industry experts, network with like-minded professionals, earn CE credits towards your licenses and professional designations, and much more.

The number of credits available for each licensing type is not yet available.

We'll be joined by 10+ knowledgeable speakers, ready to share their insights and how you can take your business to the next level. View the topics below. Check back soon for more!

Navigating the Changes to Healthcare in Canada

A Secure Way to Grow Your Savings

The Power of Pension Laws

CRM Best Practices: 5 Ways to Build Your Book of Business

Navigating the Changes to Healthcare in Canada

Its known fact that wait times in Canada for elective and Major surgeries is unacceptable and is vastly growing especially if your condition is not considered an immediate necessity. During the pandemic alone, the Canadian healthcare system has suspended approximately 300,000 surgeries. The impact of the decision to suspend and postpone health care services are going to have a lasting impact on your families and your clients.

Together lets talk about the continuing changes to healthcare in Canada and the different things that can be done to navigate these changes and choose a plan that suits the needs of your clients.

Deep is an innovative, forward-thinking executive with nearly a decade of experience in the insurance, health and executive benefit management industries. His consultative leadership style has inspired local and national teams of sales and marketing executives to achieve outstanding results. Deep continues to build his expertise in strategic planning and execution, team leadership, sales operations, business development, marketing, profit and loss reporting (P&L) and financial strategies. Due to his extensive exposure in the insurance industry on a national scale, Deep’s understanding of the insurance landscape extends to various markets across the country, including addressing their unique challenges.

Deep is a respected leader and trusted advisor by his team members, clients, partners and contacts in the Canadian insurance industry.

Gain insights on the availability of capital in a cash flow specific industry; including the types of structures, terms and conditions and the pros and cons associated with each.

In this session, advisors will develop an understanding of the credit process in order to be better prepared for conversation with lenders, better prepared for the application process, and armed with the knowledge of what implications various purchase and sale structures can have. Through case studies, Tom and Pierre will demonstrate various options to structure a transaction, as well as share common mistakes or learnings they see during the entire transaction process (initial conversation to closing date). Ultimately, advisors will understand what their business is worth, what another advisors business is worth, and how to strategically think about available financing options in order to execute on their growth strategies.

Tom de Larzac is a financing professional who has spent his career working with and leading specialty lending groups in Canada and abroad. Working closely with Wealth Managment and Financial Planning professionals, he brings with him a strong understanding of credit and risk solutions as well as a focus on cash flow based financing.

Pierre Sauvé has over 25 years of experience in structured lending. As a member of CWB Maxium's Financial Advisory Lending Group, Pierre works closely with professionals in the financial planning and wealth management industries to provide tailored cash flow lending solutions for acquisitions, refinancings, expansions, and succession.

A Secure Way to Grow Your Savings

Learn about GICs and how fixed income investments can provide a secure way to grow your client's savings. Given the aging Canadian population the importance of secure investments that can provide stable income has increased over the years. At the end of the presentation, you will understand the types of GICs offered and their specific features as well as how to complete the documentation. This will allow you to better assist your clients as well as increase your value as a trusted advisor.

Sheldon has over fifteen years of progressive experience in the financial industry, with expertise ranging from client experience and portfolio management to regulatory and compliance oversight. Additionally, he has held several leadership roles at leading financial institutions, including Citi Financial and Scotiabank, where he focused on developing the bank’s sales and operations strategy while continuing to aid clients in navigating the Canadian financial market.

The Power of Pension Laws

Virtually unknown for most financial advisors in Canada, the rich array of tax minimization tools offered by pension laws continues to elude most. The multitude of additional tax deductions and tax strategies that come with registered pension plans are not well understood and therefore Canadian taxpayers end up paying more than their fair share of taxes every year. The fact that permanent life insurance strategies can be coupled with a pension plan is also problematic because many insurance sales could be part of a broader retirement planning strategy. This course reviews the deductions and strategies that make use of pension legislation for the benefit of small and medium size business owners and their families.

Drawing on over a decade of experience as a pension lawyer for several prestigious Toronto firms, including Bennett Jones LLP, Fasken Martineau LLP, Osler and Hoskin & Harcourt LLP, Jean-Pierre Laporte has dedicated his career to improving pension legislation. Frustrated that the significant benefits of pensions were not readily available to those outside of large companies, Jean-Pierre created the Personal Pension Plan ™ to level the playing field and open up a new world of financial options and increased retirement savings for incorporated professionals.

In 2004, Jean-Pierre Laporte set out to create a better solution for investors that wanted improved asset protection while minimizing taxes. With an impressive academic background at the University of Toronto, Osgoode Hall Law School and the Institut d'Etudes Politiques de Paris, he is often called upon as an expert witness before the House of Commons Standing Committee on Finance, and he has written several seminal articles on pension reform, including an expansion of the Canada Pension Plan. In 2012, for his efforts are improving retirement solutions for Canadians, he was awarded the Queen Elizabeth II Diamond Jubilee Media by the Governor General of Canada.

CRM Best Practices: 5 Ways to Build Your Book of Business

Strengthen your business with the power of CRM and take "relationship management" to the next level. This session will cover topics that will maximize the value of your book, such as communication and compliance, calendaring and follow-ups, prospect and client profiles, next-level client service, and building your book of business.

Leverage the most powerful tools in CRM to manage and grow your business, and service clients with confidence.

Brad Hartfield is an CRM industry expert for Financial Advisors. Brad has been helping Financial Advisors successfully Maximize customer relationships for the last 20 years. His mission is to help you align advisor's business needs with their customer's objectives. Brad works exclusively with wealth management teams to help them focus on maximizing client acquisition and growing their book of business.

Reserve your room at the Hilton Garden Inn Toronto/Brampton at an exclusive group rate! 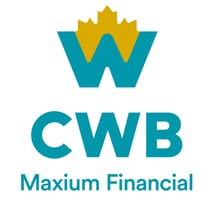