It's the start of a new year, and time to prepare for a new tax season and a busy year ahead. Join IFB for a special 3-hour webinar on tax topics and learn from some of the most respected names in the industry.

It’s the start of the new year and the perfect time to advance your knowledge and bring new concepts to your practice! As the economic landscape continues to shift, it is more important than ever to stay up to date on the latest tax strategies and developments.

Together, they will provide in-depth insights into:

Using case studies to illustrate these concepts, Oscar, JP and Sheldon will give you a solid understanding of these tax strategies and more, as well as their application, and the potential tax savings available to your clients when utilized.

This will be an engaging and interactive webinar with plenty of opportunities to ask questions and get expert advice on some of your most thorny tax questions.

If you’d like to submit discussion questions in advance, please send them to amanda.m@ifbc.ca by Friday, Jan. 20, 2023. 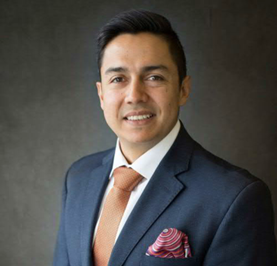 Oscar Torres is Assurance and Advisory Partner at Bateman Mackay CPAs and Business Advisors, brings with him over 15 years of experience and offers his clients a range of services covering: accounting, assurance, taxation and business advisory. He especially appreciates and has a passion for the intricate challenges faced by small to medium size enterprises and expanding businesses into the global market. Oscar leads the Firm’s International Affiliation activities and ensures the Firm is a pioneer within the accounting industry, highlighted by partnerships with Mindbridge AI. Known for his understanding of technical details and uncovering optimal solutions for clients, Oscar’s talents are rooted in his breadth of experience. Oscar advises and supports a broad range of industries that spans manufacturing & distribution, engineering, retail, healthcare, construction, investment, not-for-profit organizations, charitable organizations, and start-up companies.

Jean-Pierre Laporte is Founder and CEO of Integris Pension Management. Drawing on over a decade of experience as a pension lawyer for several prestigious Toronto firms, including Bennett Jones LLP, Fasken Martineau LLP, Osler and Hoskin & Harcourt LLP, Jean-Pierre Laporte has dedicated his career to improving pension legislation. Frustrated that the significant benefits of pensions were not readily available to those outside of large companies, Jean-Pierre created the Personal Pension Plan ™ to level the playing field and open a new world of financial options and increased retirement savings for incorporated professionals.

In 2004, Jean-Pierre Laporte set out to create a better solution for investors that wanted improved asset protection while minimizing taxes. With an impressive academic background at the University of Toronto, Osgoode Hall Law School and the Institut d'Etudes Politiques de Paris, he is often called upon as an expert witness before the House of Commons Standing Committee on Finance, and he has written several seminal articles on pension reform, including an expansion of the Canada Pension Plan.  In 2012, for his efforts are improving retirement solutions for Canadians, he was awarded the Queen Elizabeth II Diamond Jubilee Media by the Governor General of Canada.